Proud to Serve My Country, By Rick Romley 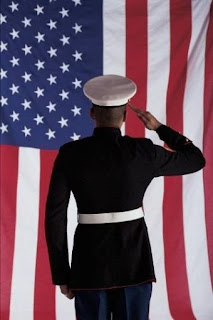 Proud to Serve My Country

By Rick Romley
My parents taught me what it means to be of service to others. And they taught me that, other than family, perhaps nothing in life is more important.
I grew up in the sixties. It was a decade defined by political turmoil and Woodstock. I didn’t go to Woodstock. Instead, my best friend and I enlisted in the United States Marine Corps soon after graduating from high school. That was in April of 1968. Just four months later, I was through boot camp and infantry training and was on a military transport to Da Nang, Vietnam. Shortly thereafter, I was made a squad leader.
On the evening of April 6th of 1969, the squad leaders were called together and told that we would be doing a sweeping operation south of Marble Mountain. Da Nang had taken some artillery fire believed to be coming from that area and it needed to be stopped.
We began our mission the next morning, under beautiful blue skies. After nearly completing the mission, several of my fellow Marines went down. We took no gunfire, but there were land mines and booby traps, seemingly everywhere. After evacuating my fellow Marines, we continued our mission. We then hit another area of land mines. We lost a total of six Marines that day. While rushing to provide assistance and to reassign weaponry, a land mine exploded beneath me.
Although my active military service ended that day, I will never forget the young soldiers of my youth, including my best friend who joined the Marine Corps with me and was killed on a forgotten hill in the demilitarized zone in August, 1969. Many are gone now. Sadly, Vietnam veterans are dying at a faster rate than the veterans of previous wars. In so many ways, their sacrifices continue.
As we celebrate this Fourth of July, let's take a moment to pause and remember the sacrifices of the men and women in uniform who have fought and continue to fight for the freedoms we enjoy today. It is because of these men and women that our country, founded on the principles of freedom, liberty and justice, will be celebrating its 234th anniversary.
I hope everyone has a safe and happy Fourth of July.
God Bless America.
Respectfully,Rick Romley
Bob Haran, Publisher, American Conservative Republican at 10:27 AM