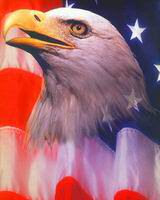 WASHINGTON, JUNE 2009) – Jaxon Van Derbeken, police reporter for the San Francisco Chronicle, is this year’s winner of the Eugene Katz Award for Excellence in the Coverage of Immigration. The award, presented each year by the Center for Immigration Studies, is intended to recognize journalists who go beyond the clichés so prevalent in reporting on immigration and whose reporting informs deliberations in this important policy area.
Van Derbeken has worked for the San Francisco Chronicle since 1997, where he has covered the city’s police department. His reporting on the department’s troubled track record in solving violent crime won several awards and led to an overhaul of the department’s investigative arm.

In 2008, as part of his beat, Van Derbeken learned that the city had a policy of not reporting to federal authorities for possible deportation those illegal immigrant drug dealers and other felons who claimed to be juveniles, instead paying for group homes and free flights home. Among the beneficiaries of this aspect of San Francisco’s illegal-alien sanctuary policy was a violent gang member who was later arrested as an adult in the murders of a father and two sons who became innocent victims of a gang war. In the best tradition of journalism, his reporting shone light on hidden aspects of government conduct, forcing city officials to abandon their policy of shielding the juvenile offenders after the first story broke.

This award is named in memory of Eugene Katz, who started his career as a reporter for the Daily Oklahoman. In 1928, he joined the family business, working as an advertising salesman for the Katz Agency, and in 1952 became president of Katz Communications, a half-billion-dollar firm which not only dealt in radio and television advertising but also owned and managed a number of radio stations. Mr. Katz was a member of the Center for Immigration Studies board until shortly after his 90th birthday in 1997. He passed away in 2000.

The Center for Immigration Studies is a non-profit, non-partisan research institute which examines and critiques the impact of immigration on the United States. It is animated by a pro-immigrant/low-immigration vision, but offers the Katz Award not to promote any point of view but rather to foster informed decision-making on an issue so central to America’s future.


The Center for Immigration Studies is an independent research institute that examines the impact of immigration on the United States.
Bob Haran, Publisher, American Conservative Republican at 3:24 PM