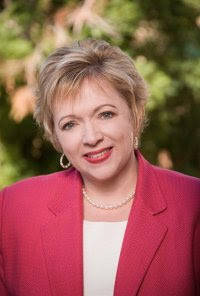 Abortion is certainly a controversial issue, but there shouldn't be controversy about one thing: Women who are choosing to have an abortion should be making an informed decision based on accurate medical information. The Abortion Consent Act (SB 1206) makes that a reality.

In his "My Turn" column last Saturday on SB 1206 ("Bills threaten abortion care,"), Planned Parenthood CEO Bryan Howard alleges the bill was crafted without "talking to the affected women and their health-care providers." Nothing could be further from the truth.

The Abortion Consent Act is a product of years of testimony from women who have had abortions and from board-certified obstetrician/gynecologists. The proposed legislation clarifies and updates Arizona abortion statutes to remedy real-world problems.

For example, in the House Health Committee on Feb. 25, a board-certified obstetrician gave a first-hand account of Planned Parenthood's practices: A woman makes an appointment and is assigned to a morning or afternoon group. Upon arriving, instead of meeting privately with her doctor, she is forced to sit in a group to learn about her abortion by videotape.

Moments later when she is given an ultrasound, she is denied the opportunity to see her preborn child. The woman is thoroughly confused and uncertain as the doctor finally enters the room. Seeing her doctor for the first time, moments before the procedure, the woman starts crying uncontrollably. Instead of offering comfort, the doctor sternly says, "If you can't calm down, I can't get this done."

In other testimony, a woman who had an abortion herself and who has counseled many post-abortive women talked about their shared experiences. "Why didn't they tell us?" she asked. Why didn't abortion providers tell them about the risks, the alternatives and the accurate medical information?

Whether it is current medical risks, future medical complications, or the possible psychological consequences that accompany such an important decision, women deserve to hear the truth. The Abortion Consent Act solves this problem by requiring that doctors inform their patients of the details, risks and alternatives to the procedure 24 hours before the abortion takes place.

None of these provisions change the fact that women have a legal right to choose an abortion. It is unlikely that this legal right will change anytime soon, but that doesn't mean we can't help protect women and their preborn children by allowing them to make informed decisions. Over 30 other states have passed similar laws, and the provisions continue to be upheld by the Supreme Court.

The Abortion Consent Act empowers women to make informed choices about whether or not to have an abortion. As long as abortion is legal in this country, we should be making sure that women are protected and empowered to make informed decisions.