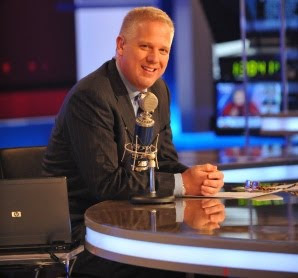 
From AOL
By Bruce Drake,
Conservative talk show host Glenn Beck said after his Saturday rally at the Lincoln Memorial that he regrets once having called President Obama a racist who hated white people, and said "not a chance" when asked about the notion of a Beck-Sarah Palin presidential ticket in 2012.


Beck had made the statement about Obama last year on Fox & Friends during a discussion of Obama's criticism of Cambridge, Mass. police. Obama had said they had acted "stupidly" in arresting Harvard University professor Henry Louis Gates, an African-American, outside his own home after receiving a call reporting a possible break-in.


"This president, I think, has exposed himself as a guy over and over and over again who has a deep-seated hatred for white people or the white culture," Beck had said. "I don't know what it is. This guy is, I believe, a racist."


Beck, who had been criticized for holding his event on an anniversary day of Martin Luther King's "I Have a Dream" speech, was asked by Fox News Sunday host Chris Wallace in an interview conducted after the rally, "After that, do you have any credibility talking about reclaiming the civil rights movement?"


"It shouldn't have been said," Beck answered. "It was poorly said ... I have a big fat mouth sometimes and I say things, and that's just not the way people should behave. And it was not accurate."


Beck said he had "miscast" as racism what he should have attributed instead to Obama's attachment, as expressed in his writings, to "liberation theology."


"He is a guy who understands the world through liberation theology, which is oppressor and victim," said Beck, referring to the movement in the Catholic Church challenging economic, political and social conditions affecting the underprivileged.


Asked if he regretted his remarks, Beck said, "Of course I do."


Beck also brushed aside any talk in the blogosphere and elsewhere that the popular movements conservatives like he and Sarah Palin have launched might produce a Beck-Palin presidential ticket in 2012.
"Not a chance," said Beck. "I don't know what Sarah is doing. I hope to be on vacation. I have no desire to be president of the United States. Zero desire. I don't think that I would be electable."


"There are far too many people that are far smarter than me to be president," he said. "I'd like to find one with some honor and integrity. I haven't seen them yet, but they'll show up."
Bob Haran, Publisher, American Conservative Republican at 11:21 AM